Your weekly profile on an influential EU Parliamentarian 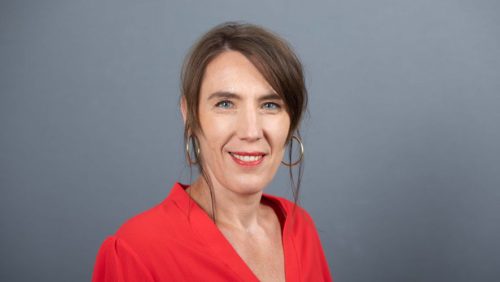 Progressive Alliance of Socialists and Democrats

Elected in 2014, Revault d’Allonnes-Bonnefoy is the Delegation President for the French Socialist Party in the European Parliament as well as a representative for the Ile-de-France region and “France Abroad.” She sits on the Committee on Transport and Tourism in Brussels and served in both of the most recent presidential socialist campaigns as a transport advisor. Respectively, her efforts in François Hollande and Benoit Hamon’s candidacies show her dedication and loyalty to the Socialist Party, even through a dwindling national base for socialist causes.

Revault d’Allonnes-Bonnefoy, per VoteWatch, has introduced and backed a long list of “green” documents and legislation, proving her dedication to advancing the sustainability pillar found within the PES/S&D manifestos. Her current position and campaign history in transport expertise give her a unique and weighted voice on advocating for clean public transport and managing Europe’s solution for greenhouse-emitting vehicles. In a moment in Europe of the Extinction Rebellion, Greta Thunberg, and a greater public call for a focus on climate change, Revault d’Allonnes-Bonnefoy’s position in Brussels has never been more important. However, the issue may be the sustainability of her party.

The Decline of the French Socialist Party

A somewhat of an “old guard,” Revault d’Allonnes-Bonnefoy exudes the aura of the French socialist establishment. I don’t mean to imply anything at all negative about the long-standing historical structure and presence of the Parti socialiste (PS) in France, but there is certainly an undeniable observation that right-wing populism and moderate centrism are growing. The demands for new representation from the extremes and the center of the political spectrum have manifested in a number of ways in the past few years. Some examples that maybe a few people would know about: Donald Trump, Marine Le Pen, AMLO, Brexit leaders, Matteo Salvini, and Jair Bolsonaro. In case you haven’t been attempting to rip your own hair out trying to understand why decent citizens would vote for ideas embodied by these politicians, maybe some extra context is needed.

Back in the 1980s and early-90s, France, and especially French leftists, were led by François Mitterrand in an age dominated by the PS. With almost de-facto support among the French public, the PS had incredible political strength. Their flagship ideas of re-inventing more liberal labor laws, liberal social policies, and European collaboration resonated with the growing left. Another aspect of selling PS was character: quite literally, the personality any persona of Mitterrand carried messages further than they had before. It is no wonder, however, that stagnant social and economic change throughout the next few decades disenchanted socialist voters from the cause and the candidates. With Emmanuel Macron’s decisive victory in the 2017 presidential election and the financial downsizing of the Socialist Party (seen most publicity in their liquidating of their historic Mansion Headquarters in central Paris), the PS’ relevance in French politics has dwindled.

Recent projections of the upcoming European Parliamentary elections show a measly 5% of the vote for the French PS, reducing France’s representation of MEPs from 9 to just 4. For the French election in the greater EU context, President Macron’s coalition, and far-right populist parties are projected to outperform the traditional socialists (as are the Greens). In any political sense, 2019 is shaping up to be a continuation of the PS’ decline.