Democracy and party politics during economic collapse: The case of Greece 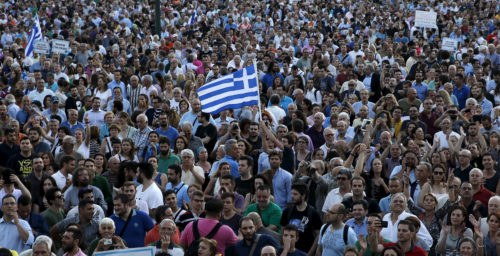 The 2009 economic, social and political crisis in Greece has left its mark on European minds, but also on the Greek political landscape. It resulted in the victory of the Greek radical left party SYRIZA at the 2015 elections, perceived as the expression of the people’s discontents.

Despite its ambitions and reforms towards more inclusiveness, the large social democratic party PASOK, which led the country several times between the 1980’s and the 2000’s, was confronted with the country’s structural financial weaknesses, as well as with the global financial crisis, which led it to a shift towards austerity, and then to its ejection from power at the elections. From this point forward, there has been a reorganization of the Greek political landscape. The centre-left is fragmented, PASOK loses ground and transforms itself. The radical left party SYRIZA, accessing to power with a strong discourse against austerity, then goes through a normalization process and integrates the national and European political landscape. Confronted with the problematic of the Greek debt, SYRIZA has adopted a more flexible approach towards the European troika’s demands for austerity in exchange for financial assistance.