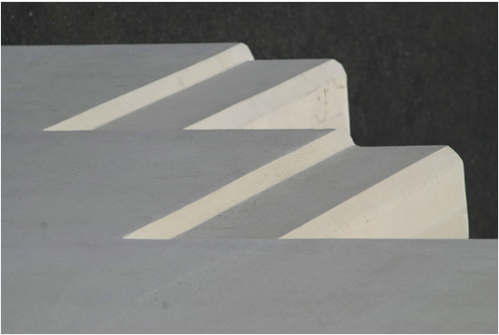 Bringing together and exchanging views with Europe’s progressive parties

As part of its European monitoring activity, EuroCité brings together representatives of many of the continent’s progressive parties in its European Left Observatory at regular meetings at its headquarters in Cité Malesherbes in Paris. These meetings are an opportunity to exchange views on current European affairs, but also to launch joint projects, publications, and partnerships. Above all, they make it possible to inform the militants of the European progressive parties about the situation of the various European Left.

The Observatory is directed at EuroCité by:

– Massimiliano Picciani, secretary of the Paris branch of the Partito Democratico

The two directors and board members of EuroCité coordinate a large group of members of sister parties, in particular members of the Portuguese Socialist Party, the German SPD, the Swedish Social Democratic Party and the Italian Partito Democratico. The Observatory of the European Left manages the partnership between EuroCité and the Jean-Jaurès Foundation. This partnership, which is called The Cité Européenne, aims to provide a place where left-wing Europeans can meet and build the European left. The Cité Européenne regularly welcomes thinkers and players of the European left to the Jean-Jaurès Foundation. It has also set up a working group on the Europeanisation of political parties.

The Observatory of the European Left publishes numerous articles, analyses and documents aimed at taking the pulse of European progressive parties, both in their internal structures and in what they are doing at Community level. Here are some of the Observatory’s publications:

What will France’s role in Europe be over the next five years?

Towards a united European Left

Sandro Gozi, secretary of state for the President of the Italian ministers’ Council, in charge of European affairs

« The Left, the Right, the Angry » : commentary on the Irish February 2016 elections

In addition to regular information and coordination meetings, the European Left Observatory organises several conferences. Its members also participate in panel discussions and various events. In this regard, we can cite the conference of 7 April 2016 on the Future of Europe, or the British post-referendum evening of 24 June 2016.

Our appeal and our proposals:

The paradoxical thing about our social-democratic parties is that they are the first ones to call for a political Europe, while internally, in terms of their functioning and their programmatic base, Europe is most notably absent. National parties are the missing link for a political Europe. The Observatory’s working group aims to advance concrete proposals and present working papers on the Europeanisation of European parties. A first report was published to describe the current – dramatically low – level of Europeanisation of our parties, and to then propose several concrete proposals for modification.

The parties must understand the importance of acting with a single voice in the European downturn, otherwise other movements will take their place. Internationalism has always been a feature of the European Left, and it is probably the one that has the most to lose, but also the most to gain, in this challenge of mastering interdependencies. The report “Europeanising national parties”, published after 12 months of work in an integrated think tank by members of socialist parties from several countries and progressive people from different backgrounds, proposes three priority actions to be carried out with the support of the Party of European Socialists before the 2019 European elections.

The first of these aims is to create a permanent coordination pole with members of the European socialist parties, in order to institutionalise working groups to mobilise activists and supporters who have emigrated to other Member States, especially during the election period. The aim is to be able to find out about the priorities and election events of the progressive movements in the Czech Republic, Poland, Austria, etc. for example within the network of the Socialist Party in France. One could also imagine creating a European Secretary in all national parties, which would make it possible to deal with these issues more regularly. Finally, it would be important to devote part of the European Socialist Party’s budget to the creation of an Erasmus programme for representatives and local elected officials of the various Member States. Such a program would make it possible to reflect and work on the differences and convergences that exist within the progressive family.